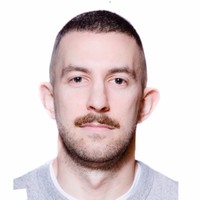 Andrew Lowenthal (he/him) is Executive Director of Out in Tech, the largest non-profit community of LGBTQ+ tech leaders in the world. Previously, Andrew served as COO, New & Charter Schools at the NYC Department of Education and as a Presidential Management Fellow at the U.S. Department of State, including an inter-agency task force to “make government cool again” as requested by President Obama. Andrew is a graduate of The George Washington University and the London School of Economics.