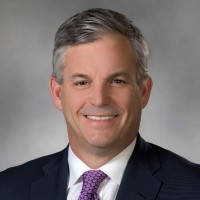 Carlin Conner has more than 28 years of experience in the midstream industry, including executive level experience gained through his leadership with SemGroup Corporation and OilTanking. He also has substantial board experience related to the management and oversight of publicly traded corporations and master limited partnerships.  In 2000, Carlin joined a subsidiary of OilTanking GmbH, a Germany based independent worldwide storage provider of crude oil, refined petroleum products and liquid chemicals. During his nearly 14 years with OilTanking and its affiliates, he focused on international business development and operations and strategy, while serving in various leadership roles. From 2012 to 2014, Carlin served as global managing director of Oiltanking, and chairman of the board of directors of the general partner of Oiltanking Partners, L.P., a publicly traded master limited partnership engaged in independent terminaling, storage and transportation of crude oil, refined petroleum products and liquefied petroleum gas, from 2011 to 2014. From 2012 to 2014, he served as an executive board member of Marquardt & Bahls, AG, the parent company of OilTanking, where he was instrumental in defining a new strategy for the energy supply, trading, and logistics business across Europe, the Americas, Asia and Africa.  From April 2014 to January 2020, Carlin was president, chief executive officer and a director of the board of directors of SemGroup Corporation, a publicly traded company engaged in gathering, transportation, storage, distribution, marketing and other midstream services, primarily in the US and Canada. He also served as chairman of the board of directors, president and chief executive officer of Rose Rock Midstream, a publicly traded MLP and subsidiary of SemGroup from 2014 to 2016. Carlin has served as a senior advisor of Riverstone Holdings since April 2020.  Carlin is actively involved in various community and philanthropic initiatives, serving on the boards of directors of the following: Tulsa Regional Chamber, Matrix Service Company, Philbrook Museum of Art, Tulsa Innovation Lab, Cascia Hall Preparatory School, and the Indian Nations Council of Boy Scouts.