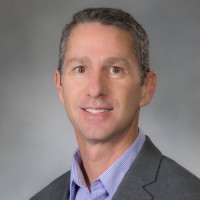 Phil Kaiser has co-founded and run several restaurants and a nonprofit music festival. Born and raised in Tulsa, Phil moved to Israel in 1985 where he served in the IDF, earned a BA in Political Science from the Hebrew University in Jerusalem, got married and started a family. After opening Jerusalem’s first Internet Bar in 1996 and operating it for six years, Phil and his wife, Miranda, sold the business and moved their family to Tulsa in 2002, where they opened Cosmo Café in 2004 and Laffa – Medi-Eastern Restaurant and Bar in 2013. Also in 2013, Phil co-founded Tulsa’s nonprofit Center of the Universe Festival. Currently, in addition to operating a single remaining restaurant, Phil serves on a number of nonprofit boards and committees centered around Oklahoma and Israel.