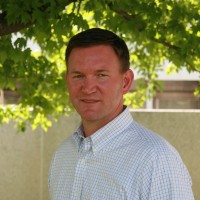 Reid Dreher is manager, Innovation & Research, for Phillips 66. Reid has nearly 15 years of experience with a variety of different business functions and responsibility levels at Phillips 66. He and his family live in Bartlesville, OK. Currently, Reid and his team are responsible for early stage research at Phillips 66 including conventional energy value chains (crude oil and natural gas-based) along with renewable fuels, hydrogen, carbon capture utilization & storage and the robotics program. Reid began his career with Phillips 66 in Ponca City, OK where he was a researcher responsible for developing and commercializing drag reducer additives for pipeline applications. After this role and prior to the split from ConocoPhillips Reid had the opportunity to work in the upstream side of the business supporting Canadian oil sands development. This was followed by managing manufacturing operations, working within the Commercial organization as Director, Commercial Development and Director, Supply. Prior to his current role, Reid lead a specialty lubricants business for Phillips 66. Reid is a graduate of the University of Southern Mississippi where he received a PhD in Polymer Science and Engineering as well as a graduate of Mississippi College where he received a Bachelor of Science in Chemistry.