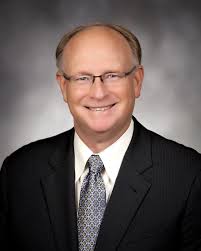 Rick Muncrief joined WPX in 2014 and identified ways to transform the company’s culture, portfolio, and drilling inventory. He developed a strategy to expand WPX’s cash margins and increase its return on capital. In early 2020, WPX was producing more than 150,000 barrels of oil per day. He has guided nearly $11 billion of M&A activity to strengthen WPX’s oil profile. He led WPX’s entry into the Permian Basin, starting with the acquisition of RKI in 2015. WPX also formed a 50/50 joint venture to develop midstream infrastructure in the Permian. He received a degree in petroleum engineering technology from Oklahoma State. Prior to WPX, he served in leadership & technical roles at Continental Resources, ConocoPhillips, Burlington Resources and their predecessors. He serves on the board of the Tulsa Chamber of Commerce and Gilcrease Museum. He also is a supporter of Columbia University’s Center on Global Energy Policy.