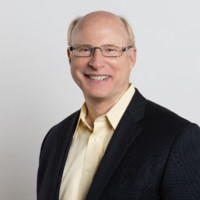 Ross DeVol is President and CEO, Heartland Forward. Heartland Forward’s goal is to promote regional innovation and entrepreneurial ecosystems that foster job creation, wage gains, health and wellbeing and economic growth for the American Heartland. Heartland Forward pursues its mission through independent, data-driven research, action-oriented convenings, such as the Heartland Summit, and impactful policy recommendations and programs such as Connecting the Heartland and the Community Growth Program and Toolkit. Heartland Forward works with universities, colleges, the business community, economic development officials, public policy leaders and philanthropy to analyze resources supporting the startup community and identify workforce and talent gaps. DeVol has raised the profile of Heartland Forward through media engagement with quotes in the New York Times, Wall Street Journal, Economist and Axios and op-eds in the Dallas Morning News, Milwaukee Journal Sentinel and Des Moines Register as well as TV appearances on Bloomberg and throughout the heartland. Heartland Forward research on the economic savings attributable to rapid vaccine development and deployment was cited by Pfizer in their quarter earnings call and Intel’s CEO announced their Ohio investment in two new chips plants at the White House as the “Silicon Heartland,” based, in part, on the organization’s research on reshoring manufacturing in the heartland. DeVol is former chief research officer for the Milken Institute where he spent nearly 20 years, an economic think tank headquartered in California. He oversaw research on international, national and comparative regional growth performance; access to capital and its role in economic growth and job creation; and health-related topics. He has been ranked among the “Superstars of Think Tank Scholars” by International Economy magazine.